An overview of the best tutoring websites in the UK, taken from our eBook The Marketing Guide for Private Tutors. In our guide, we provide more detailed information on each website, including their history, pricing structure, trust pilot rating, organic search performance and ease of use.

First Tutors first appeared online in 2005. To date, it’s one of the oldest directory-style websites on the internet. The website was founded by an educational entrepreneur Anita Moss under the name EduNation Limited and was sold to U.S. tutoring company Varsity Tutors in 2017. As a result, the website has expanded into other countries and now operates in the U.S., New Zealand, Australia, Canada, Ireland, South Africa and Italy.

Tutor Hunt was established the same year First Tutors, in 2005. It’s one of the oldest directory websites online and is operated by a company called Irrox limited. It’s unclear who founded the site although Mr John Underhill is frequently named as the website’s point of contact on third-party websites. Tutor Hunt also has an international presence and currently operates in 22 countries, including Mexico, the United Arab Emirates, India and Brazil.

Tutorful was established in 2015. The website changed its name from Tutora in 2017. Founded by a teacher, Scott Woodley and a technology analyst, Mark Hughes, Tutorful are one of the newer kids on the block. The company has secured significant crowd funding and has grown rapidly since its inception.

Tutorfair was founded in 2012 by Andrew Ground, a former school governor and Edd Stockwell, an entrepreneur with three previous startups. You can read our interview with the Tutorfair founders here.

Superprof was founded in 2013 in Biarritz, France by Wilfried Grainer and Yann Léguillon. The website started operating in the UK in 2016 and is now active in 22 countries across the world.

Founded in 2011 by Jamie Thomson, TTW aims to provide useful content about the UK tutoring industry. The website used to have a 'yellow pages' business model and switched to a one-off flat fee model in late 2018.

MyTutor is an online-only directory and was founded in 2013. It was one of the first successful online tutoring websites in the UK. Previously known as MyTutorWeb, the company selects tutors from UK universities and claims to interview every one, only accepting 1 in 7 applicants. To date, the site has secured £10 million of funding through angel investors. 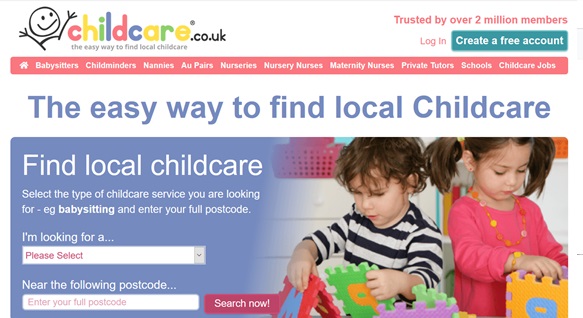 Childcare.co.uk was founded in 2009 and is operated by a team of entrepreneurs under the name International New Media Limited. The website provides free and paid access to childcare providers and private tutors in the UK. In 2013, Childcare.co.uk acquired the directory Tutors4You, which started its rise in Google rankings.

Home Tutors Directory was founded in 2005 and is run by biomedical scientists Jayne Thomas and Emlyn Price. The website is one of the few remaining directories that uses the Yellow Pages model of charging tutors a yearly subscription fee.

UK Tutors was established in 2006 and operates a flat-fee business model based on the tutors' hourly rates.

For additional information on the best tutoring websites, you can buy our eBook ‘The Marketing Guide for Private Tutors’ for £21.99 – it’s packed full of useful advice and costs less than the average tutor charges per hour!