As the demand for private tutors bourgeons, so does the controversy surrounding them. According to The Sutton Trust, 40 per cent of London-based children currently receive private tuition. Critics have latched on to every misconception about the profession in the book. Despite the intense media coverage, tutoring remains as mystifying as it is polemical, and it is often difficult to distinguish the hot news stories from the truth.

When people think of private tutoring, the clichéd image of overbearing, over-ambitious parents may come to mind. This stereotype is almost entirely false. While parents who engage the services of a private tutor do care about their children’s academic wellbeing, they are actually hiring tutors out of necessity, rather than overcompensation. For selective school admission, so many parents are using a private tutor that if you don’t do it, the perception is that you’re immediately putting your child at a disadvantage. Furthermore, in many London prep schools, parents are actively encouraged to get a tutor, making tuition essential if their child is to keep up with their classmates.

In reality, most tutors will not accept jobs where tuition is not actually required, despite parents’ wishes. If you’re artificially pushing them beyond their means, that’s going to be a waste of everyone’s time, and may even lower a child’s general confidence.

However, parents do show their competitive side when it comes to discussing their private tutor with fellow parents. Many are hesitant to give away their secret weapon and risk jeopardising their child’s spot at the top. Parents obviously want other children to do well, but they want their child to do better.

Why Are Schools Against Tutoring?

Many independent schools are strictly against parents engaging tutors to prepare students for their entrance exams, seemingly naïve about the realities of the competition for their own places. However, their rationale is that many state schools do not prepare for the 7+, 11+, or 13+, so it would be unfair to discriminate against children from these schools during the selection process. They have the ability, but not the familiarity with the entrance test.

Obviously, in an ideal world, there would be no tuition whatsoever for entrance tests. But this is impossible to police. The only solution would seem to be to have tutor-proof exams, which assess the raw abilities of the child, like IQ tests. However, the use of these bland numbers tends to be reductive, dwindling children down to figures which are incapable of giving a well-rounded picture of them as people. The only real solution would be to have non-selective schools, as it is impossible to predict a child’s potential at just seven or 11 years old. Nonetheless, this would inevitably lead to oversubscription, where the vicious circle would begin again.

How Do I Know If My Child Needs Tutoring?

If there is an obvious gap in a child’s academics, parents look for additional help to bring their son or daughter up to the level of their peers. Danger signs are a bad school report, a call from the teacher, consistently missing homework, constantly trying to miss school, or mental health difficulties including depression or anxiety.  The symptoms of an academic deficiency clearly depend on age and personality and may manifest themselves in the smallest things. In fact, I have observed that, if your child spends a lot of time talking at you, not with you, and not necessarily answering your questions, it suggests they are using coping mechanisms to avoid factual recall.

Is There Such a Thing As Too Much Tutoring?

The best tutors in the world should expect to be engaged and to quickly move on to working with other families. Tuition is a fixed-term process with a distinct end goal: a student who can succeed independently in their academic study. A common misconception of tutoring is that it stops children from becoming self-reliant, a stereotype with which I strongly disagree. This impression of tuition is quite frustrating for tutors, who encourage independent learning during every step of the process. Tutors are there to challenge and inspire children; the tutee must do all the work for themselves.

What Are the Benefits of Mentoring?

Mentors provide excellent support to students going through a major transition, whether it’s joining a new school, perhaps in a new country, or moving on to university. The mentor will act as a stable point of reference in rapidly changing times. A mentor could be a young twenty-something with a charming ‘cool-factor’, or an older, more experienced person who exudes confidence, depending on the student’s needs. They may have been through the same changes and can therefore provide invaluable advice and perspective.

It is vitally important not to forget the value of calm and common sense when it comes to private tuition. Make sure to pay detailed attention to the realities of the education sector, while focusing primarily on the well-being of children.

Simply Learning Tuition is a London based agency who introduce the highest calibre of tutors. To find out more and to book a private tutor, please call our tuition consultants on +44(0) 20 7350 1981. 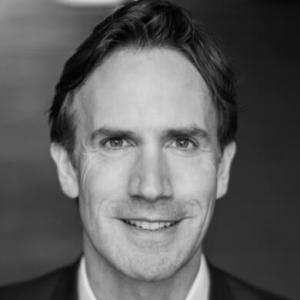 Nathaniel McCullagh is the founder and Managing Director of Simply Learning Tuition. The agency was founded in 2009. After working as a private tutor in London, Nathaniel was inspired to help children who didn’t find learning easy and took a particular interest in mentoring and tutoring for Common Entrance. Nathaniel sits on the Tutors Association panel for Continuing Professional Development and is a key supporter of the development of enhanced standards in private tuition.